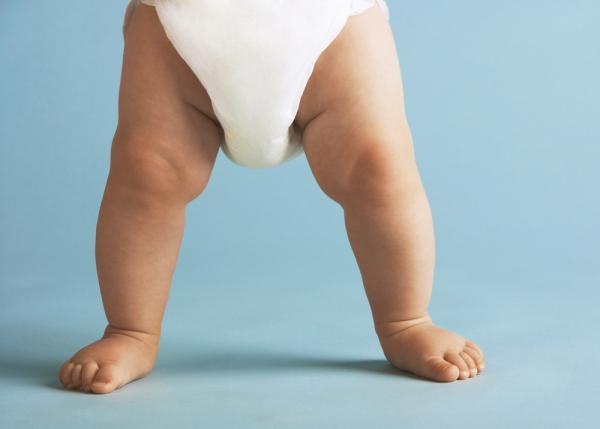 I’ve so got this.

There are some family stories that become legendary the moment they happen. They are the stories that are so completely unbelievable, that they simply have to be true. You know the kind – the ones that make people say “wow, you can’t make up stuff this good.”

Being a new parent is all kinds of wonderful and horrible wrapped up in one sweet-smelling little package. Nothing quite prepares you for the sleepless nights or the number of diaper changes that one small little person can rack up.

When Kidzilla was born, Fab Hub and I were lucky enough to have some time off together to get to know our Baby Girl. At the time, we were both teachers, and Zilla was born right smack at the end of the school year. We had all summer ahead of us to rest, recover, and figure out what to do with this beautiful and energetic little package we brought home from the hospital. Perfect.

All too soon, though, it was time to head back to school. We knew it had to be done, but in many ways, we were nowhere near prepared for both of us to be thrust so abruptly back into our full-time routines plus run the gauntlet of new-parent experiences. During that first week of school, we were both all kinds of tired and at least one of us was stressed beyond belief trying to figure out how these new roles were all going to work together with the old ones and whether or not having two working parents was going to scar our child for life.

About two days in, Kidzilla was having a particularly rough night and needed some late-night attention. Or was it very early morning? I guess it just really depends how you look at it. Anyway, after a fast game of Rock Paper Scissors, the Fab Hub (because he really is just that Fab) took a turn at heading down the hallway to tend to Kidzilla. “Go back to sleep,” he said. “You need the rest. We’ll be fine.”

In my half-sleeping fog, I heard him pad down the hall, pick her up, and whisper to her. Yawn. I heard them settle into the rocking chair and get comfortable. All seemed well and perhaps I drifted back to sleep. And then…

I jumped out of bed and flew down the hall to find the Fab Hub looking with horrified surprise at the child in his arms.

“She pooped on me. It’s evvvvvryyyyyywheeeeeere!”

And indeed, there was a sizeable amount of slimy wet baby poop outside of Zilla’s diaper and on her Fab Dad. I thought he might just cry.

Now, not everyone is so terribly upset by a little baby poop on their person. It happens. In my family, there’s been a baby around on an average of every five years from my Mom right down to the youngest great-grandchild who is now just a couple of months old. A poopy baby diaper is standard drill. It’s important to note here, though, that the Fab Hub hadn’t exactly grown up around small children and his experience with babies, diapers, and poop was limited to the three short months of Zilla’s life thus far. He was a willing partner in the diaper-changing responsibilities, but this little diaper fail was a whole new experience for him.

I quickly took Zilla off his hands. He must have been in shock, because he just sort of stood there looking stunned and asked, “What do I do?”

I suggested he shed his soiled garments and take a shower. He proceeded to strip on the spot.

“In the bathroom! Where else?”

And off he went…all the way down the hall, through our bedroom, and into our bathroom dripping little blops of baby-rrhea all the way instead of just going the five steps to Zilla’s bathroom right next door.

Figuring we’d deal with that little problem after we got Zilla cleaned up and back to sleep, I went about the business of peeling off her messy clothes and cleaning her up. No problem, right? Not so.

The Fab Hub came running down the hall at top speed.

“What happened? Is everybody OK?”

And then he saw it.

There was baby poop everywhere. You see, in the midst of the poop and the stunned husband covered in said poop and the total new-Mommy exhaustion, I failed to remember one very important detail. If a baby has just shit herself silly, it’s probably a good idea to cover up her precious little tuchus while cleaning her up. Just in case.

Zilla had, of course, pooped at precisely the moment I grabbed her little feet and lifted her butt up off the changing pad to wipe away the last of the first poop. Please note that when a baby has a bowel movement of the baby-rrhea variety in this position, what you get is projectile poop. Forceful projectile poop. Poop that sprays out of the baby with such power as to burst forth in an arc-like path hitting every spot from said baby to the changing table, the lamp on the changing table, the wall next to the changing table, the floor, the rocking chair, the floor on the other side of the chair, and finally the closet door on the opposite wall of the room. Miraculously, the only thing in the room that was untouched by the arc of flying poop was the Mommy, frozen in place watching it sail overhead.

We both stood in stunned silence, our mouths wide open. It was our first week back to work, we were exhausted, Zilla was (clearly) not feeling well, it was 2:30 in the morning, and our Daughter’s bedroom was covered in poop.

We burst out laughing.

I can only think that we did so because if we hadn’t, we would have sat right down and cried. As we laughed, I looked over at the Fab Hub and discovered that the man was naked. Remember, he had gone down the hall to take a shower when Zilla let loose poop number two.

He checked. He was indeed naked.

“Oh, OK.” And off he went, presumably to get dressed and find cleaning supplies.

I got Zilla cleaned and settled in her crib and the Fab Hub returned with cleaning supplies…sponges, brushes, Clorox wipes, carpet cleaner. He brought an arsenal.

“I didn’t know what we’d need so I brought it all,” he said.

Good call. Zilla cooed pleasantly in her crib while we got to work on the room…we wiped down the table, the lamp, scrubbed the walls (oh, did I mention they were painted a lovely shade of eggshell?), wiped down the closet doors, went after the upholstery on the rocking chair (tan, by the way)…we worked for more than an hour and then turned to the carpet (yup, also tan). We discovered, too, that there is such a thing as too much Resolve carpet cleaner and it is nearly impossible to get rid of all those suds. We were both down on our hands and knees at 4:00 AM scrubbing the daylights out of the carpet and found ourselves laughing once again.

My heart swelled with love. We were both pitching in to deal with Zilla and the poop. We were not crying or screaming at one another. We were going to be OK. I looked over at the Fab Hub, wanting to say something, only to discover that he was down on his hands and knees…scrubbing away…still completely naked.

He checked, found this to be true, and yelled “holy shit!”

And that was the part where we lost it completely.

This post was previously published on The Meaning of Me and is republished here with permission from the author.
—

Talk to you soon.

If you believe in the work we are doing here at The Good Men Project and want to join our calls on a regular basis, please join us as a Premium Member, today.

All Premium Members get to view The Good Men Project with NO ADS.

Need more info? A complete list of benefits is here.