The modern electric kettle has its roots in the late 19th century, but it was nothing near the efficient and convenient appliance we have today. Before the invention and wide accessibility of an electric kettle, people used to use stovetop kettles to boil their water.

Although it is convenient to use, it is actually not that widespread in American households. It may be that some people haven’t even heard of such a contraption, at least you get that impression after seeing a New York Times article titled, A Swift And Easy Way To Heat Water Without Using A Stove.

People online are very amused by what the title implies. They didn’t miss a chance to mock the American daily newspaper and were curious to know if it was true Americans heat their water in the microwave, starting a hilarious thread on Twitter. 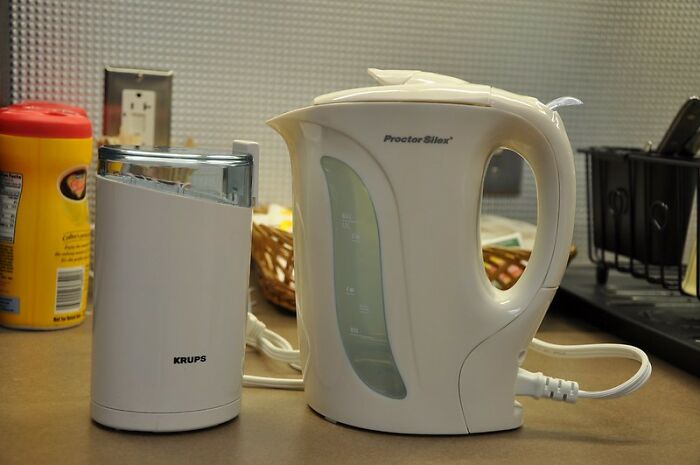 It all started when Twitter user Stefan Roberts posted a Tweet showing a screenshot of the New York Times article and pointing out that it was published in 2022 and not in the middle of the last century.

The title seems to imply that New Yorkers might not know that there is another way to heat up water that doesn’t include a stove. In the introduction of the article, they proceed to suggest considering the electric kettle, as nowadays they often even include a temperature regulator. 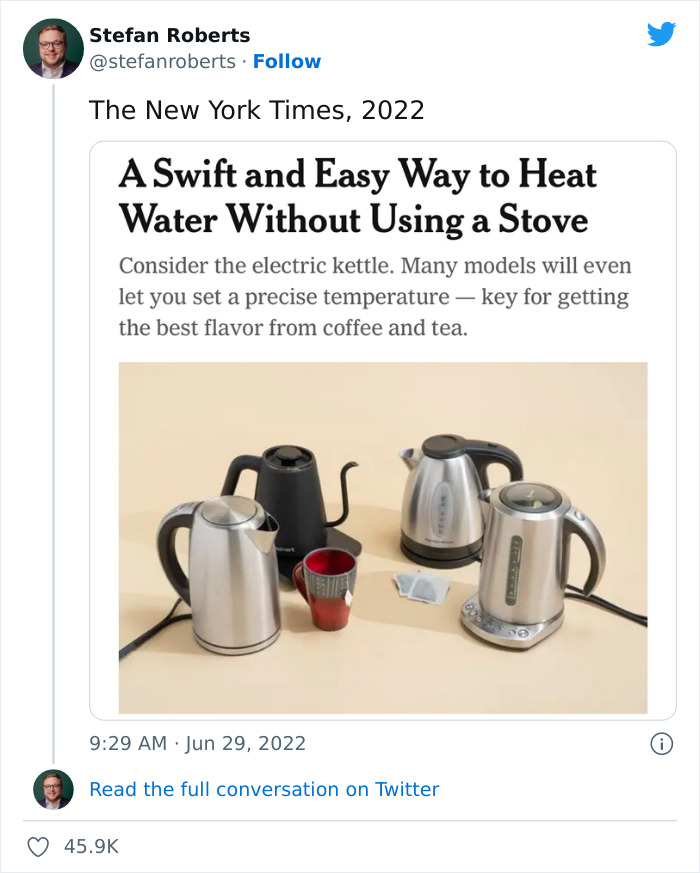 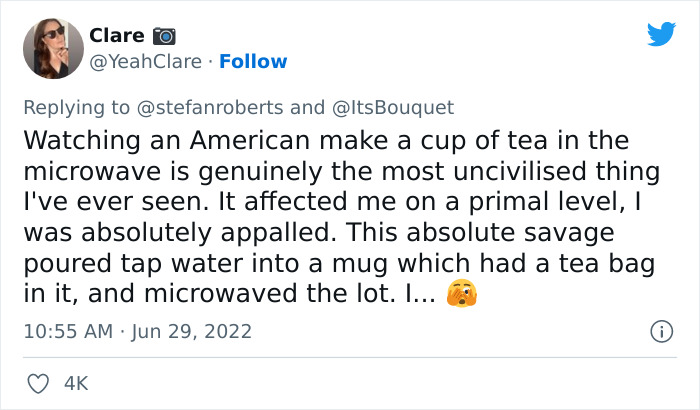 According to statista, 95 percent of UK households had a kettle in 2017. The nation known for their afternoon tea can’t live without this appliance and as Stefan Roberts is a Brit himself, he was confused this was not common in other parts of the world as well.

He joked about Americans who criticize people in the UK for drying their clothes on a rack instead of having a dryer not being allowed to mock them about it anymore after this article.

If you go and look at the article now, its title is changed to The Best Electric Kettle. However, the interdiction still includes the questionable kettle description: “Electric kettles provide a swift and easy way to heat water without using a stove. And many models will even let you set a precise temperature—key for getting the best flavor from coffee and tea.”

It is actually a review article, pointing out the good and not-so-good qualities of various kettles as the staff at New York Times tried out them themselves and turned to experts to consult them. Their first review was published in 2013 and they have been adding new model reviews ever since. It is quite a detailed review, useful for those searching for their first kettle or wanting to upgrade their current one.

However, the title and the introduction are the parts of the article that drew most people’s attention. As it gets clear looking through the comments, Americans were as confused at the wording as non-Americans.

In the thread, they claimed that they know about kettles existing and some of them have used one for years. The few comments confirming Americans are aware of house appliances that heat water drowned in the flood of non-Americans mocking the way The New York Times introduced the topic of their article. 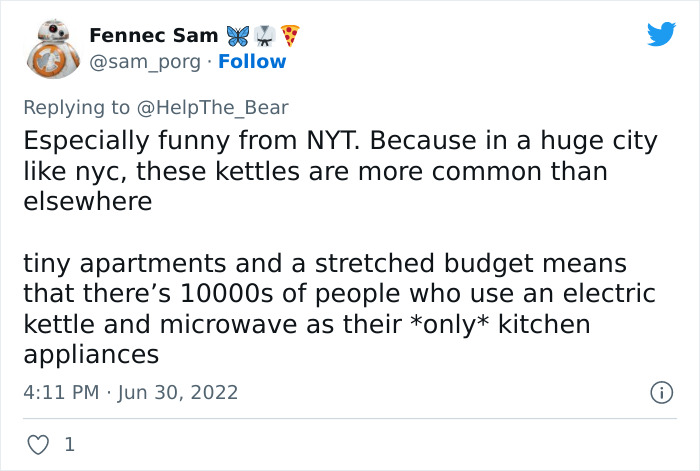 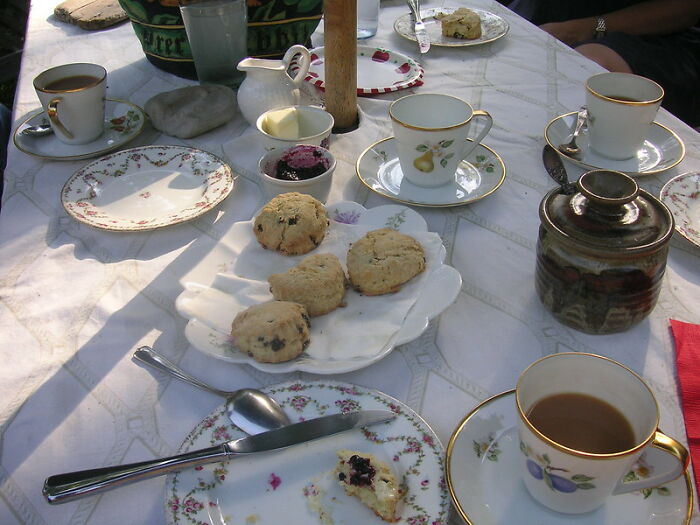 However, it seems that a kettle is actually quite rare in American households 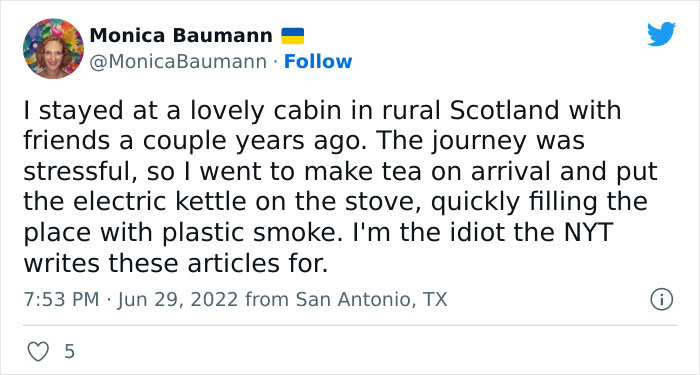 Even though this thread was filled with sarcastic comments, a few people gave serious feedback. One of them confessed that they actually didn’t know about electric kettles before coming to Scotland and putting one on a stove, so they believe there are people who could learn something new from the article.

Another Twitter user who introduced herself as Canadian shared her observation that not that many Canadians or Americans drink tea, so they don’t see the need to have a kettle. When they do fancy a cuppa, they just use the stove to boil the water.

In other cases, they might use a microwave. Just like Americans may be surprised that there are electric kettles to heat your water that turn off when it reaches boiling temperature, non-Americans are baffled to learn that some Americans heat their water or tea or coffee in the microwave.

But there is a more practical reason and that is a lower voltage in their sockets, which means that kettles don’t make the process faster 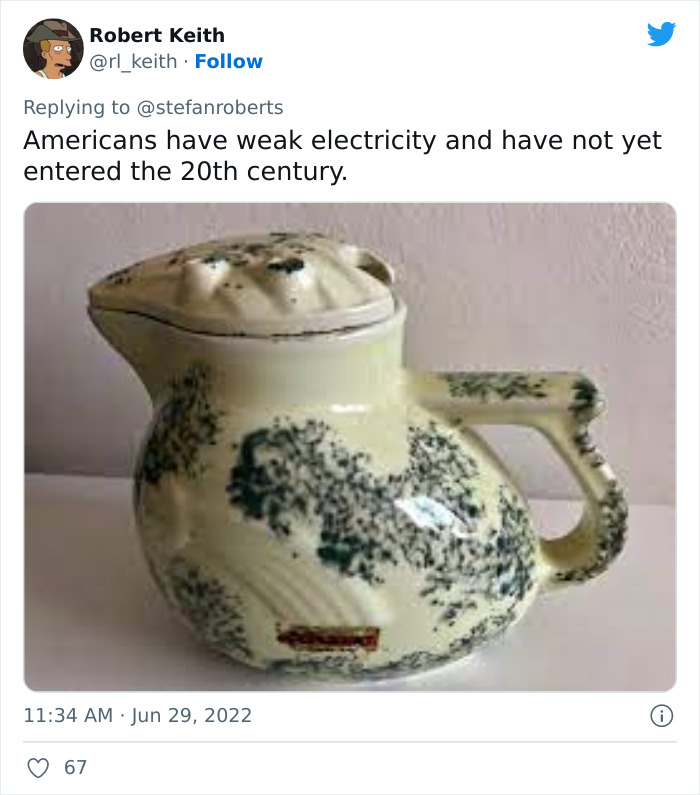 Also, there is another boring but logical reason why Americans use kettles more rarely than British people. It has to do with the standard voltage. In the UK and the rest of Europe, wall sockets for power cords are 220-240 volts, but in the US, it is much less than that, usually around 100-127 volts. Meaning, using a kettle doesn’t really make the water boil faster so why invest in yet another appliance when the stove does the same thing?

Having a lower voltage than most of the world is a completely separate issue. They actually wanted to increase it, but then changed their minds because it would have been too expensive to change all the appliances. Which wasn’t the case in many other countries, which managed to shift to a higher voltage. So now the US, along with Canada, Japan, Brazil and a few other countries have to adapt to the consequences this brings, like not being able to efficiently boil water in a kettle. 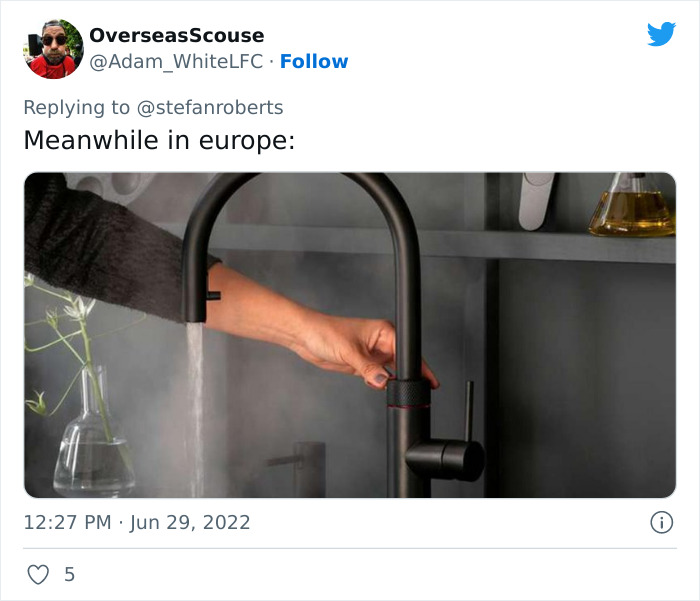 So Americans stick to the stove or in some cases, they use the microwave to heat their water

Did you find the New York Times’ title out of place? Do you think more Americans should try boiling water with a kettle? If you are American, do you have this appliance and is it widely used where you live? Let us know your thoughts on the topic in the comments!