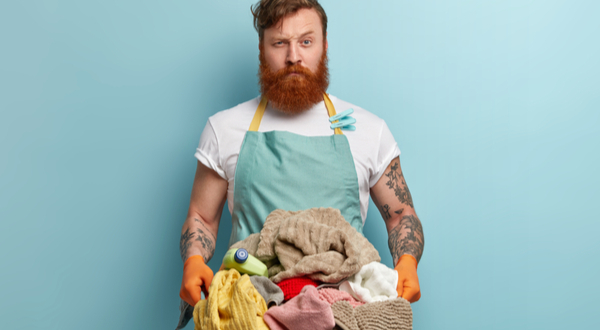 As the author of The Ultimate Stay-at-Home Dad and a father for fifteen years, I’ve tangled with laundry a great deal.  What I understand now is that you have to have a battle plan if you’re going to win.  And that starts by going to the ancient texts.

Written in 250 B.C., Sun Tzu’s Art of War is not about defeating the rival warlords.  Sun Tzu was simply trying to get some laundry done.  He understood that to defeat your enemy, you must know thy crusty as you know thyself.  And that means learning the history of laundry.

In the beginning, man walked around naked a lot.  It was pretty great until poison ivy was discovered.  One day, an ancestor of humans decided that he should probably put some clothes on.  Ralph (Neanderthal Nakedous) used his superior sewing skills and created clothes. This caught the eye of Carol.  After a year though, Carol began to notice that Ralph was smelling ripe.  “Take that off, Ralph!” she said. “Put it in a pile by the river, and we’ll wash it.”  This was the creation of the first laundry pile.  We know all of this, of course, because of early laundromat cave paintings.

Fast forward several thousand years and the archeological record continues to shed light on the evolution of laundry. At the site labeled Trousers 52, we can see that the first civilizations began to worship laundry and held a festival in its honor. The first day was called “Of course I didn’t leave the towels in the washing machine overnight.”   The second day was “You’re a filthy liar,” and finally the festival ended with “Divorce is our only option.”

Next, laundry showed up in Mesopotamia.  From the dead sea dryer sheets, we can see that laundry and people lived together in harmony for a while.  Ice core samples from that time period show an atmosphere with a high concentration of lemon-scented stain remover.  However, like all civilizations before, the laundry pile grew until it consumed them all.  The going theory is that Alexander the Great was not trying to conquer the world. He was running from doing his laundry. As anyone who has witnessed young men and their bedrooms, this is a very believable theory.

This now brings us back to Sun Tzu, sort of.  Just roll with it.  Sun Tzu knew his laundry history and decided that man deserved better. So, he wrote a book.  And although the world knows this book as Sun Tzu’s Art of War, that is a mistranslation.  The true title of the book is Sun Tzu’s Art of War on laundry.  Using his lessons, we can once again discover our freedom.  Here, the dads have made a battle plan for you to win the war.

If your enemy is secure at all points, be prepared for him.

Tactics without strategy is the noise before defeat.

Even the finest sword plunged into salt water will eventually rust.

Regard your soldiers as your children, and they will follow you into the deepest valleys.

The Ultimate Stay-at-Home Dad: Your Essential Manual for Being an Awesome Full-Time Father 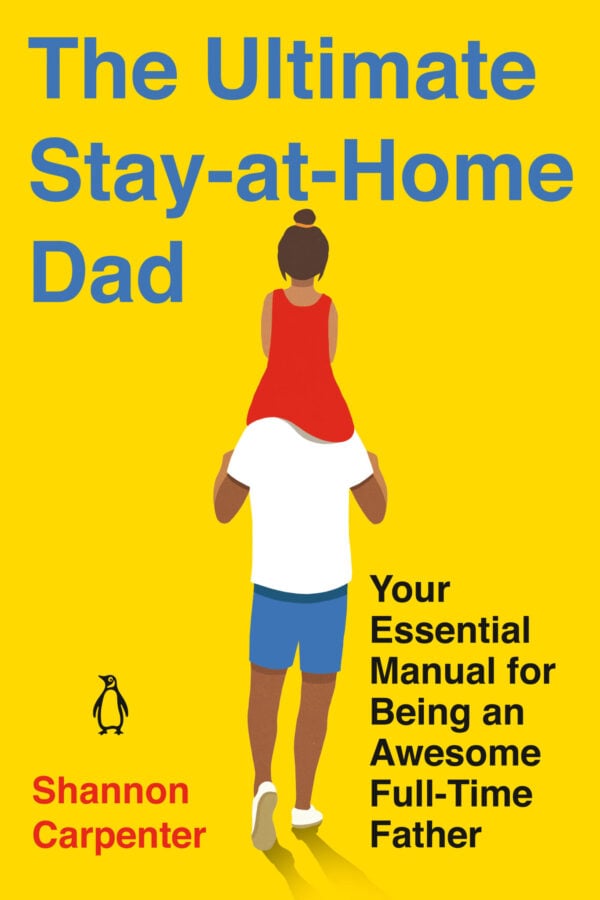 The post Sun Tzu’s Art of War on Laundry appeared first on The Good Men Project.