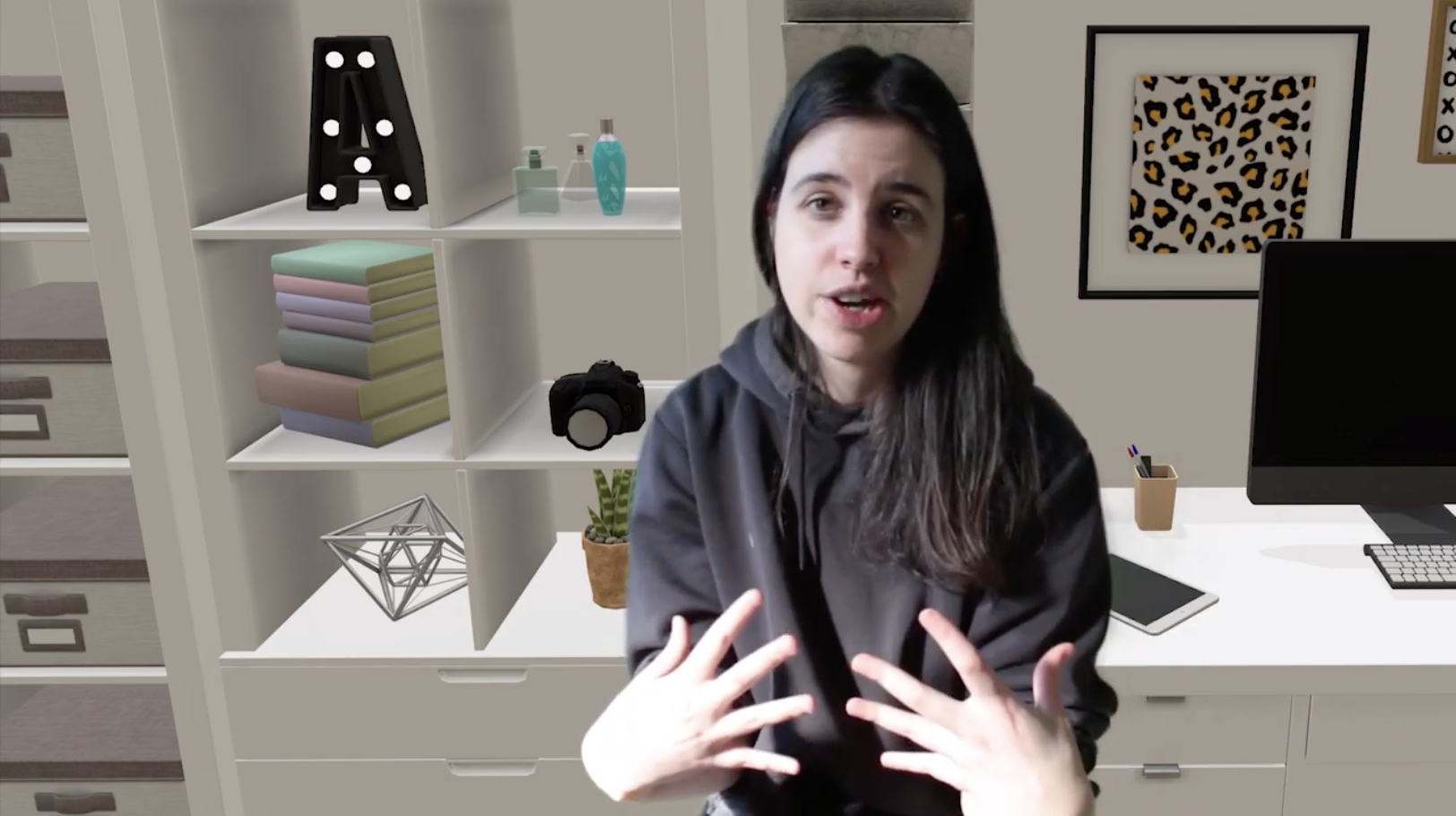 A perfectly symmetrical, verdantly green Monstera Deliciosa leaf, the just-right scent of a bougie candle, a freshly pressed eyeshadow palette — all are aesthetic currency for a specific type of contemporary success, one that reads as #influencer or #spon, reflected in the shiny digital surfaces of Instagram and YouTube. If climbing the rungs of influencer culture is a new kind of American dream, that ascent has shifted the internet into a bankable arena for flaunting status — not just selling products, but also personality.

The artist Molly Soda — born Amalia Soto — has spent much of her career dissecting the space between how we live on the internet and how we live IRL. Her latest exhibition, "You Got This," a sly series of video works and installations, analyzes the pervasive wellness, self-help, and self-improvement economies that populate Internet culture—specifically YouTube—as a conduit for consumerist behavior and aspirational "realness." Currently on view by appointment at Jack Barrett Gallery, and accessible online, "You Got This" riffs on the tropes of vloggers and stock suburban aesthetics as a way to archive this current moment in American hustle culture. Her interest in these backdrops — from a tricked out beauty room/home office to a suburban McMansion — is also eerily relevant to our current WFH moment.

"It's always a play with authenticity and relatability when it comes to the internet because I think we're so longing for it in ourselves," Soda says in a Skype call. "We want to feel that. And brands want that. We want it from each other, but it just doesn't exist."

Where did you start with this exhibition?

I'm someone that makes a lot of work about the internet and also spends a lot of time online. It really started with the window pieces. I'm interested in plants in general and the phenomenon of how popular it is to have houseplants, how there's been a resurgence in that. Throughout the show I work with iconography of popular YouTube bedroom/social media backdrop — the plant functions in that as well.

A lot of the work that I make is about performance and the idea of being looked at, or the idea of a false sense of closeness that we feel online. Whether we feel really close to someone because we watch their YouTube and they do certain things to let you in — someone appearing relatable, but at the same time having things that maybe you desire. That's something that's always existed online, but it's become more ramped up, especially as brands have permeated the internet.

I wanted to make these weird windows where you were looking into someone's space, but maybe it was the part of the backdrop the camera isn't focused on. I also was thinking about our obsession with transformations and constantly re-upping or improving. Self-improvement. Makeovers. Looking into these spaces and thinking about them as a starting point for a "Clean with Me" video or something like that. The other thing I wanted to touch on was the amount of product that is mentioned — what all of that product looks like in someone's home, what it physically looks like in a space.

When I think about YouTube now, I mostly think about how it became a Wild West economy, a way for people to monetize their lives on the internet using relatability.

I feel like being a YouTuber — someone who gets paid for being themselves, essentially — is such a dream. We see YouTube as something that feels very accessible in the sense of — I could do that, I could be that. But there's no transparency. No one really knows how much anyone's making. No one really knows anyone's background. Someone says that they're doing YouTube full time — what does that mean? Also, I got really obsessed with multi-level marketing companies. There are these levels of aspirational: there's Celebrity YouTuber, and then at the bottom there's someone in MLM. They all feel very linked to me, and they all feel very American to me. 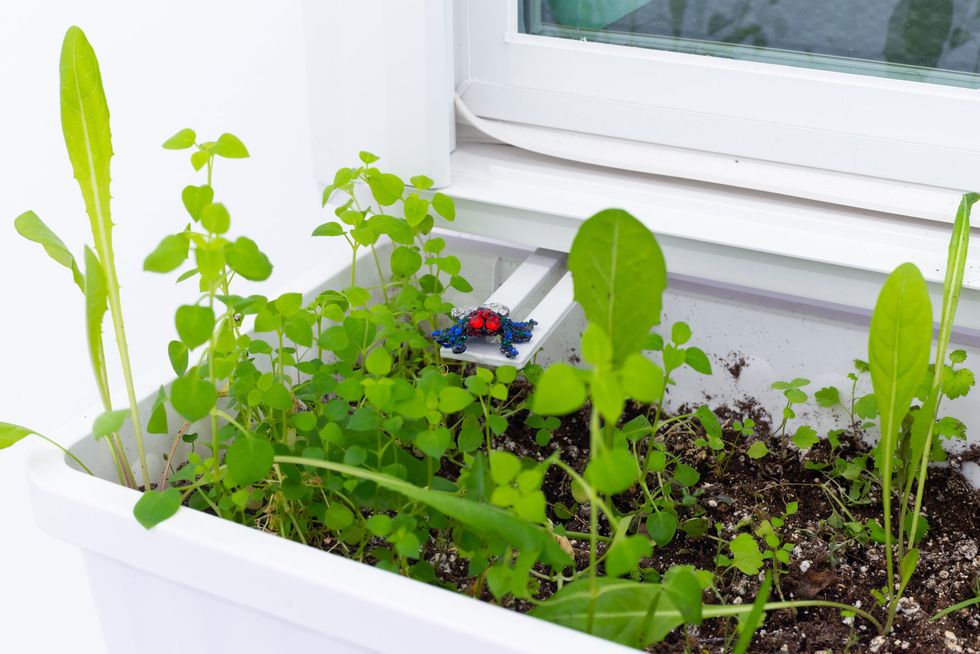 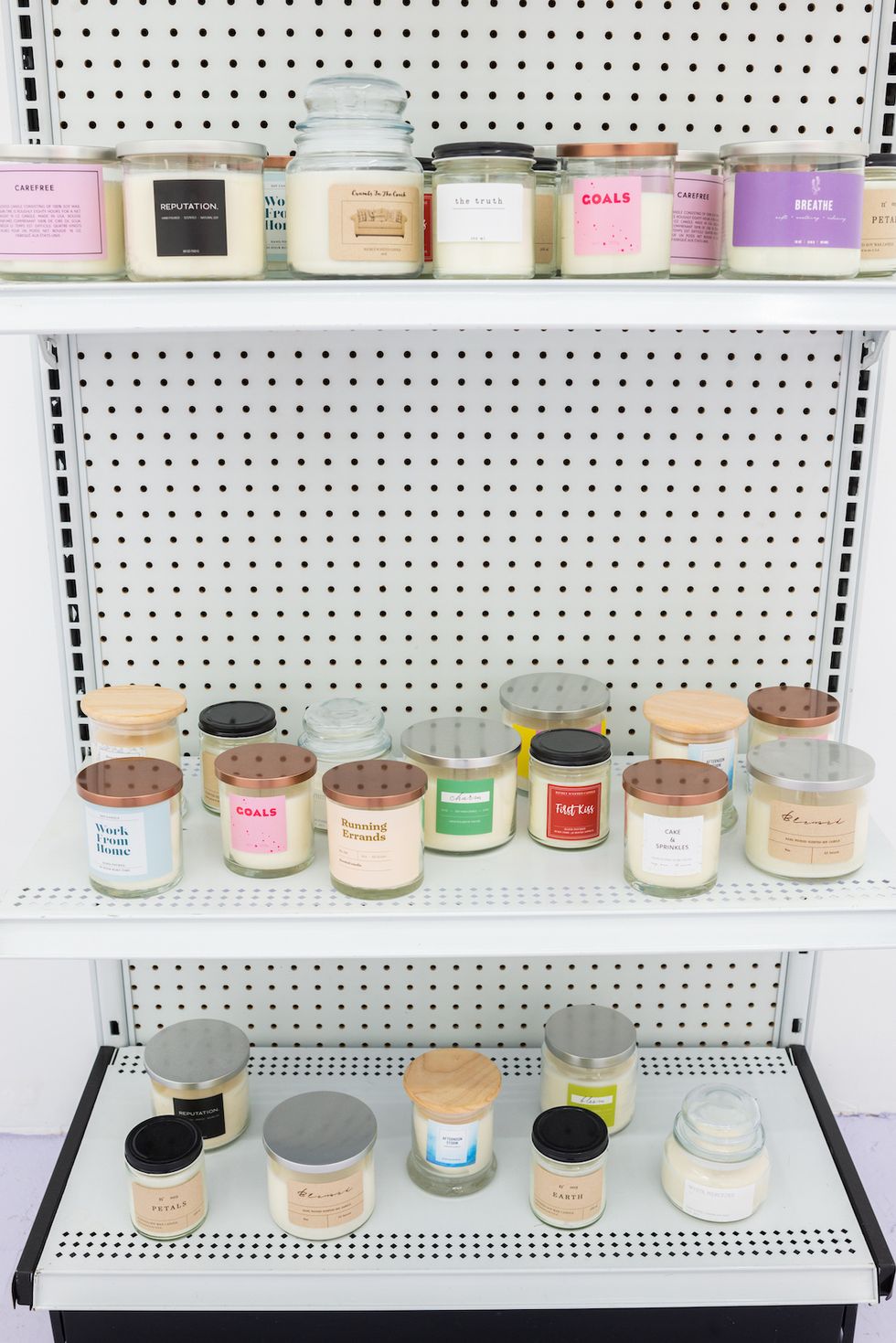 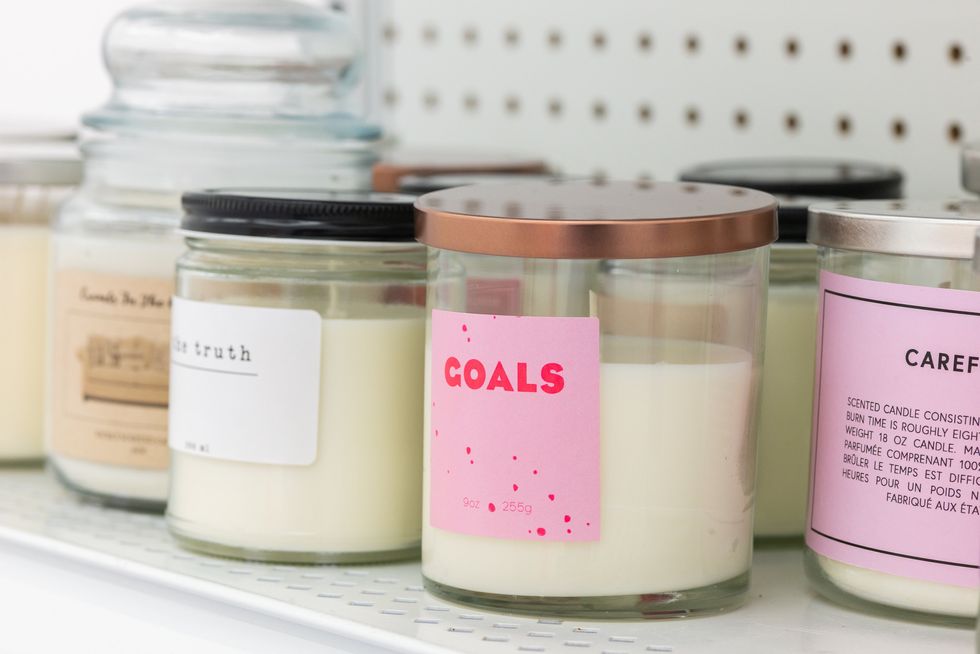 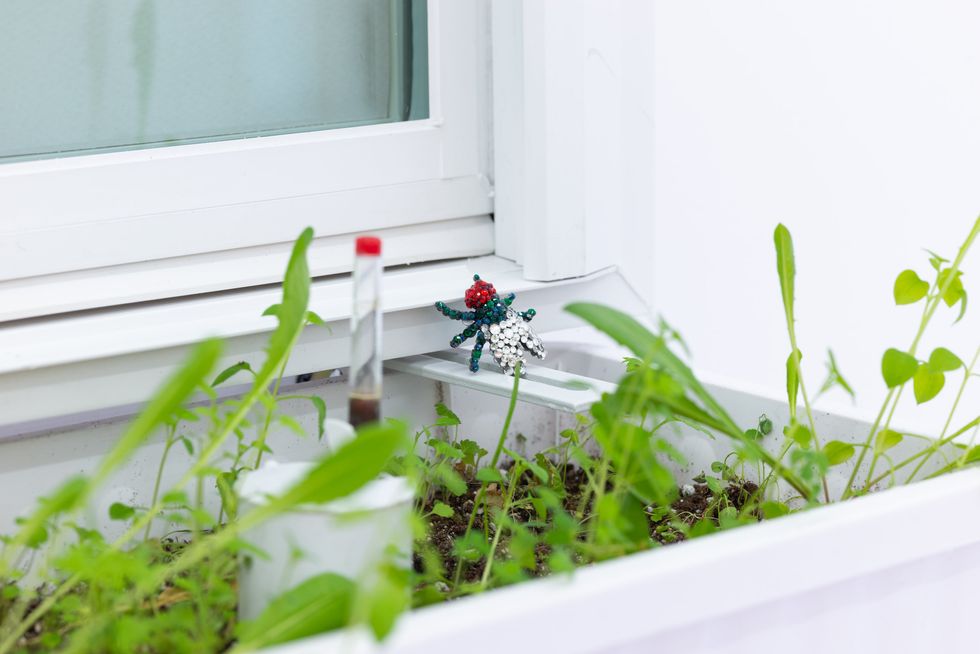 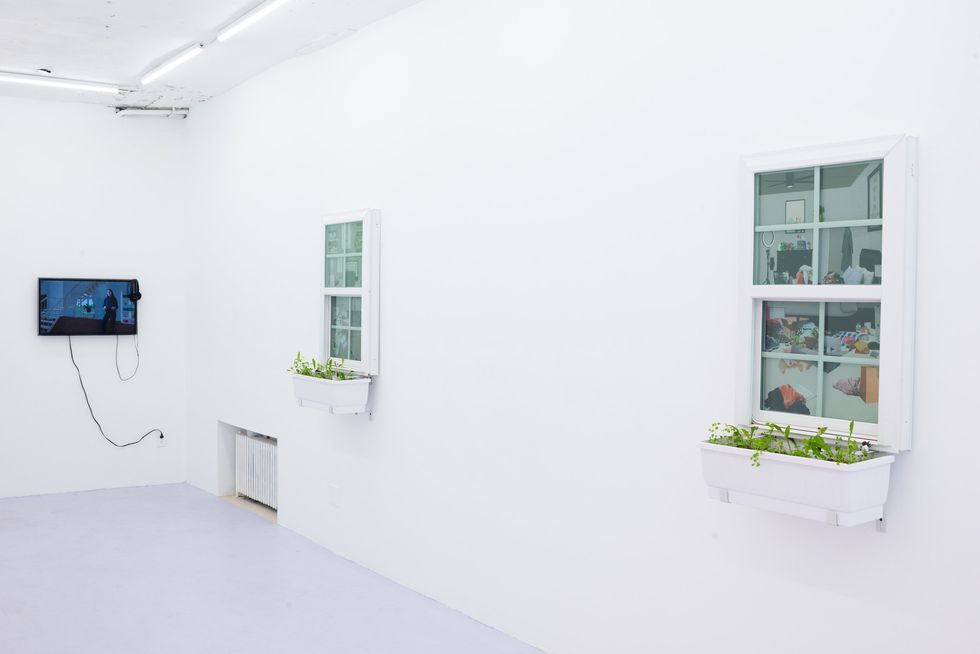 Who are some of your go-to people to watch? Or genres to watch?

I watch Emma Chamberlain and some of the really big YouTubers. Recently I've been trying to find YouTubers that aren't full-time-YouTubers-that-live-in-LA kind of vibe, who are in that stage of aspiring to be a big YouTuber. You can see that in the way that they carry themselves. Thinking about how working with brands or sponsorships equals validity or success, that article that came out about teens doing fake sponcon, it so perfectly sums up a lot of this.

With influencers, perception is reality. It doesn't have to be legitimate, it's just what people think that you're doing.

There's a very intense hustle culture. Your online self is not something to try and play with, it's something to market yourself or to get a job. The internet's just changed a lot in the last 10, 15 years.

Related | Sit Across From Marina Abramović in 'Animal Crossing'

Let's talk about the "Wanna know my secret?" video. A lot of the ideas there get to the capitalist "bootstraps" mentality of a lot of these genre-videos.

I mentioned MLMs before. MLMs are really representative of the ideas that YouTube presents to us. I didn't want to do any work directly about MLMs, but I've been following a lot of MLM influencer-type people that also inhabit YouTube and use social media. They often share inspirational quotes. All of the text is made from these inspirational posts I've archived. It's very empty language. It's all very stock, but it's all very predatory. Obviously I'm sharing this inspirational post as a means to an end — I want you to read that and sign up to sell Arbonne products or whatever. I did that based off hundreds and hundreds of posts.

The video itself, I got very into another weird tier of YouTube: dumpster diving videos, which I wasn't even aware was a thing. A lot of them will be, "Dumpster Diving at Bath & Body Works" or T.J. Maxx or Ulta. I got really into the Ulta ones. Apparently Ulta employees — and probably employees at other stores — are told to do this thing called a "soup." They make a mess of this makeup to deter people from taking it from the trash. People dumpster dive and will come home with bags of stuff, but it will all be covered in foundation, crushed up eyeshadows. They usually will show you the bag and then clean it off and do the haul. It's always this visceral, fucked up looking bag of stuff. When I decided I wanted to emulate this dumpstering process, I put out this open call online and asked people to send me unwanted makeup. I got boxes and boxes and boxes of people's barely used, expired makeup.

What program did you use to make the House Tour background?

The house was designed in a program called Planner 5D. It took me a long time to make this "dream home." I greenscreen-ed myself into it. I really wanted to do a house tour based off of all the house tours I'd been watching. Everything has the same color palette, the same types of furniture. Everyone's beauty room looks the same. Everyone's home office looks the same. The beauty room-slash-home office is the pinnacle of success — work from home culture, which is really crazy because now we're all stuck in this work from home hell. But it's also this thing that people aspire to. 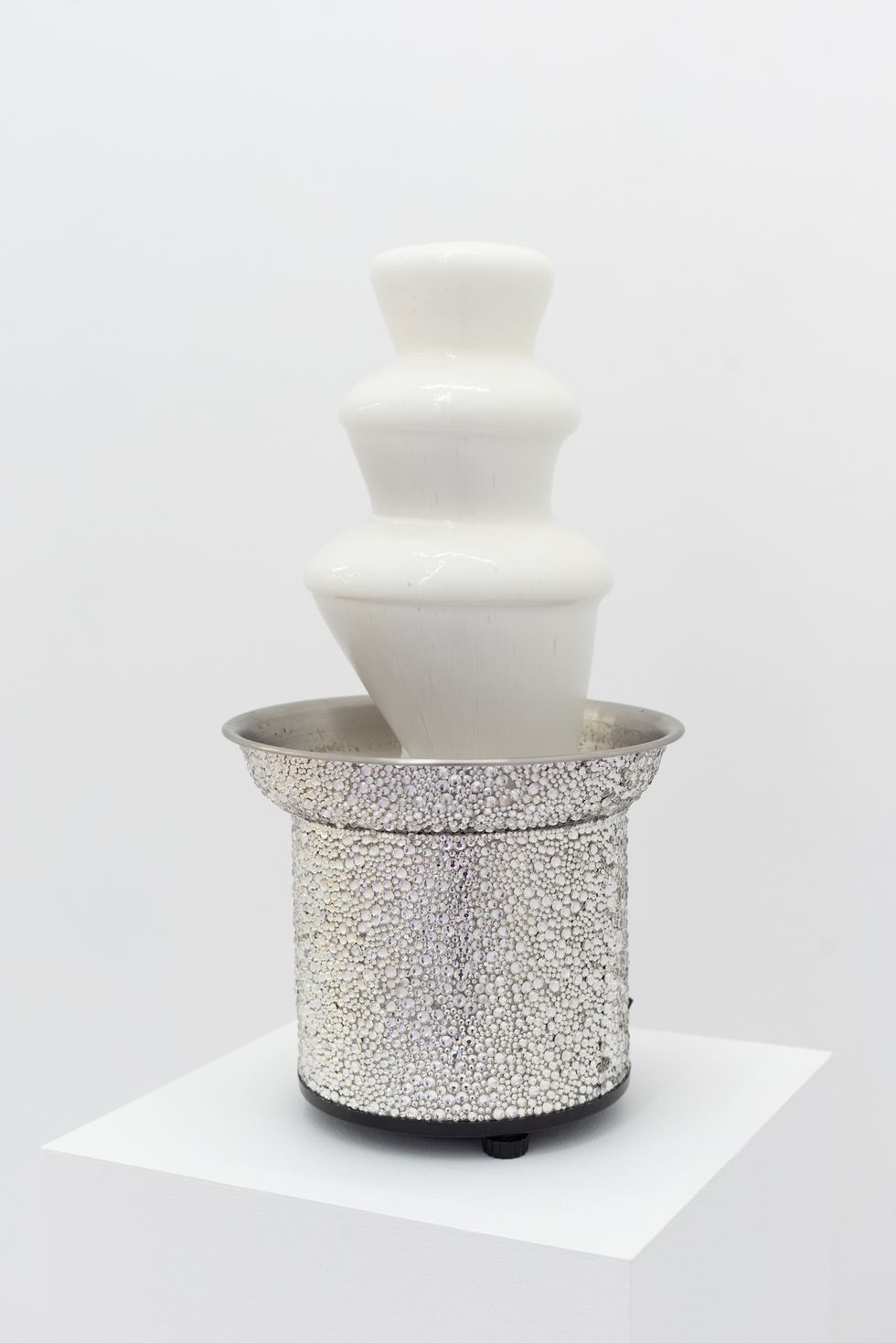 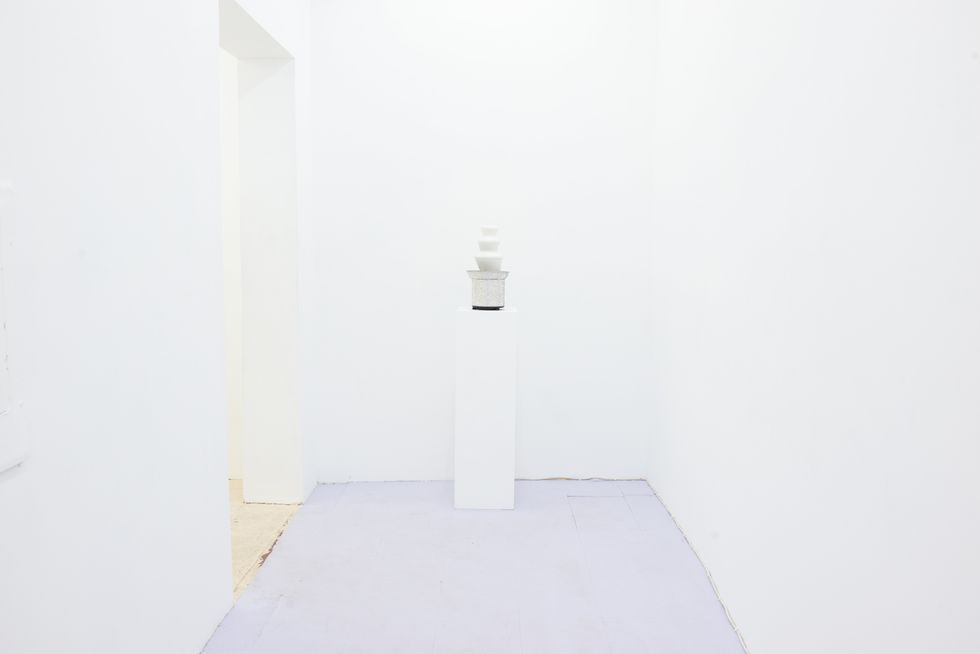 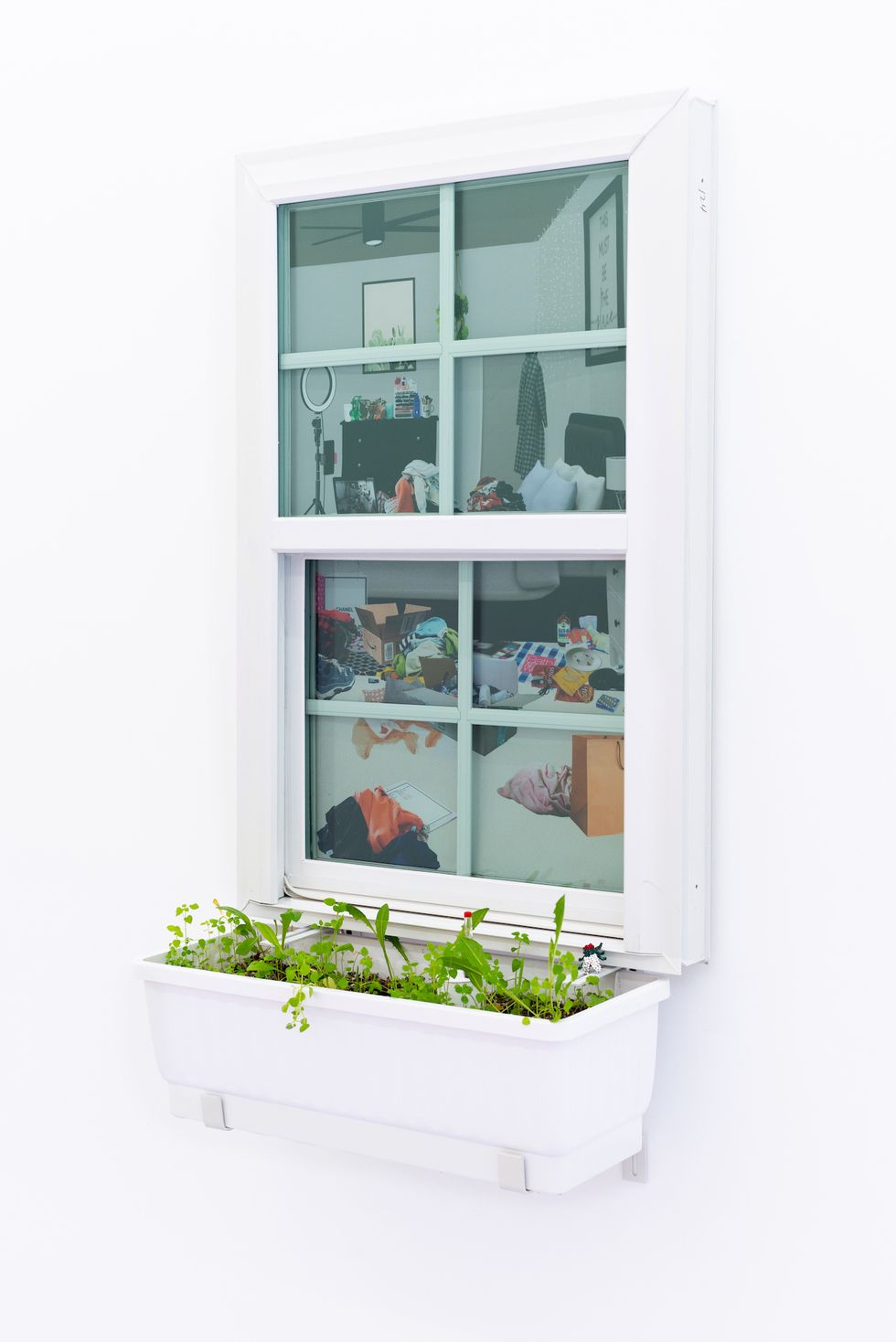 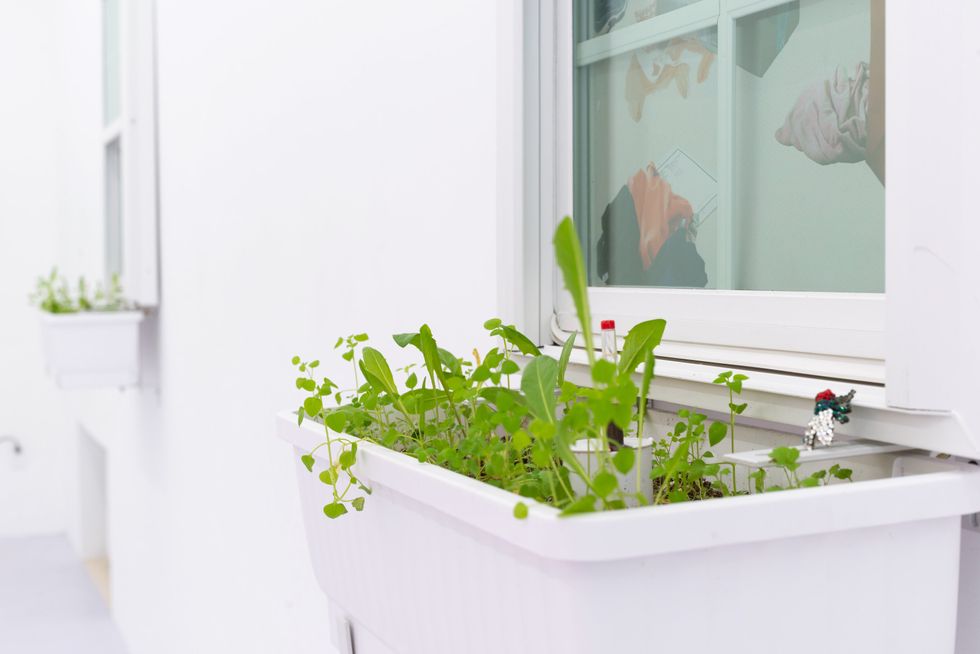 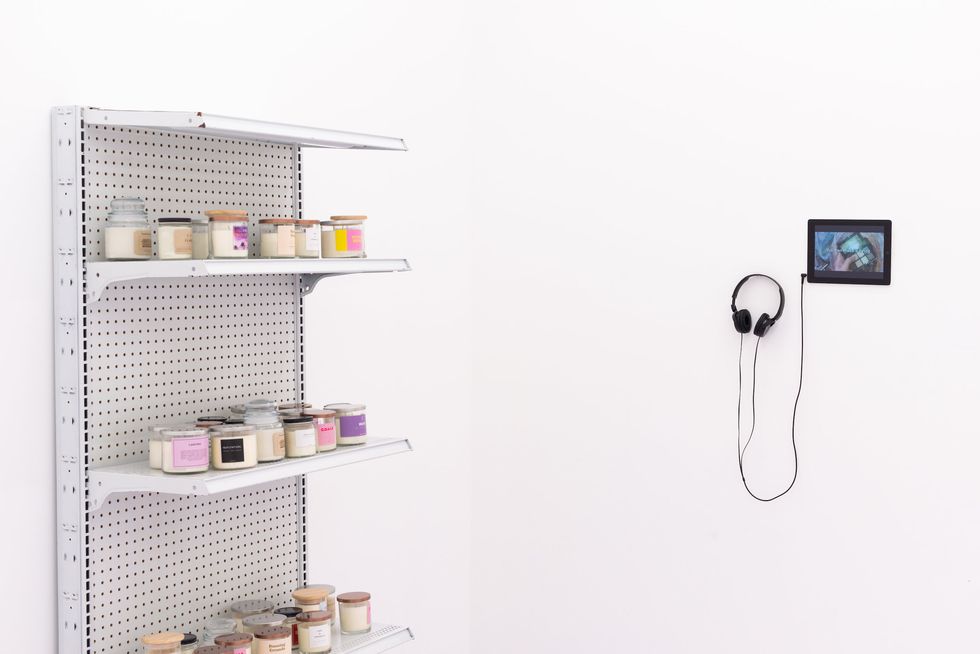 All of these homes are stock in some way. Something that always gets me is in these videos natively on YouTube is, these people are obsessed with being organized. It's the making of the set, and then the revealing of the set. They're building out environments to create content.

Because of the way that we use the internet now, I think of everyone's spaces as little sets. I'm sure before you film, you're placing everything perfectly. As someone that's been using my room as a backdrop for so many years — my bedroom has also become a set. And so, you can almost predict what is in everyone's set.

This segues into what you were doing with the "Desktop Decor" piece.

That was the first piece I made, not even intentionally for this show, but it fit really well.

In a lot of my work I bring in desktop space. I think it's important to archive it. It's this space that no one looks at, but we spend so much time on. Also, I wanted to do something a little bit fun and try to emulate a YouTube bedroom within the desktop. I've done a lot of random things, like GIF hauls, playing with the language of YouTube and the style of YouTube in different parameters. I also was thinking through the sped-up makeover video. YouTube royalty-free stock music is really important. You know all of these songs. Everyone is using them, but you can never place what it is. That wash of familiarity, but not being able to place it, knowing that you've seen it a million times.

You mentioned iconography earlier, but I wanted to talk about these motifs more. Candles are really their own genre, their own world. Succulents. Throw pillows. What objects presented themselves to you as super significant?

Candles were definitely really important. I made an entire candle display [it just smells like literally like you're sitting on the beach drinking a margarita and you're loving yourlife and you're super rich and like you own a yacht, 2020]. Scent is a luxury good. I became really into candle reviews, hauls, and things like that because I thought they were so weird. I was like, I can't smell this. With makeup, with clothes, whatever you're hauling, I can see it, I get a sense of whether I would want that. With candles, it's up to someone's descriptions. And people have these really flowery descriptions. No one can smell these candles right now, but I made like 50 scented candles ranging from nice scents — or whatever you may think is nice — to scents like cat litter.

I made one called "Work from Home," which is the tuna scent combined with the Febreze scent. My idea was to make a dirty cat home kind of vibe, and it really smelled stale, urine, salty...a bad pet smell trying to be covered up, basically. I did make a Fritos candle called "Crumbs in the Couch." All the candles were knock off versions of regular candles like Yankee Candle, something that you would buy at T.J. Maxx. I was really inspired by T.J. Maxx and Marshalls in particular, and I wanted to make a discount candle rack. I even have a fake Boy Smells candle, same label. Scent is so personal, so it's hard to determine how people would respond to them. Some candles were cheeky. Something that smelled like firewood would be a candle called "Flame" and it would look like a small-batch artisanal type thing. I had a Love Spell candle, Victoria's Secret. I wanted to make a scent-based piece because I had never done that before. Also especially for me, who makes so much work that goes online, whenever I put work in a gallery I want it to have a physicality to it.

All images courtesy of the artist and Jack Barrett Gallery